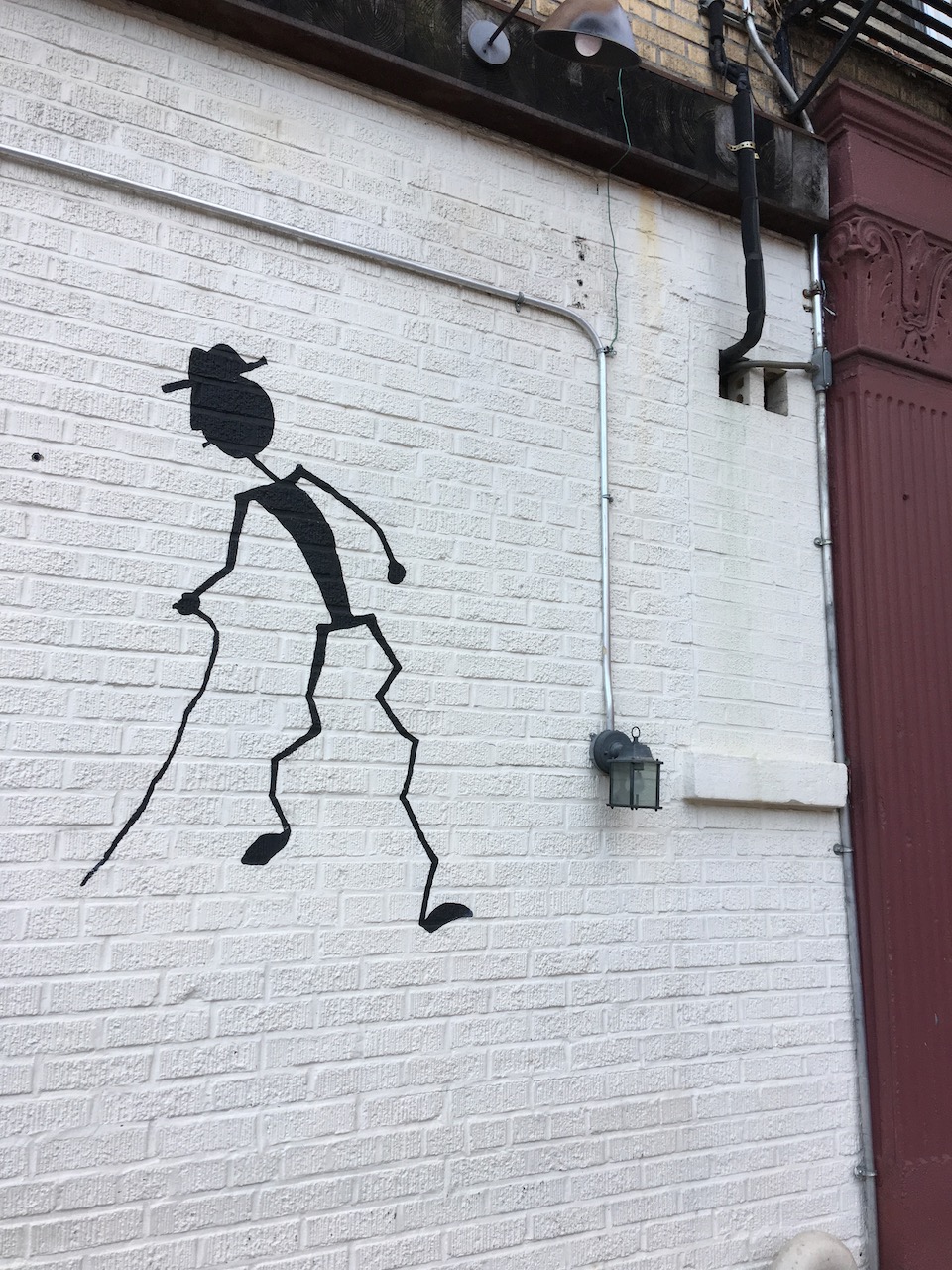 We caught up with Josh from Urban Adventures today, although we weren’t adventuring we were eating, so it was an Urban Oyster event. We met Josh a few weeks ago as we ate our way through midtown.

Today’s tour saw us visit nine venues across a variety of Neighbourhoods in Brooklyn.

We arrived on time, Mardi’s directions again getting us there at the exact time. Mardi was still feeling quite unwell so we were hoping for more eating and less walking today.

We met up with Josh snd the group, about ten of us in total. We were the only Aussies in the group, with people from all over the USA on the tour with us.

We started st Stinky Brooklyn. A mostly cheese shop, but also on offer was an array of artisanal fare, biscuits, ham, coffee, spreads, nuts, chocolates, bread. All delicious. We sampled some cheese and bread. Yum.

We then kicked off with the walking part and in about five minutes arrived at venue two. 61 Local. A small, well let’s just say everywhere we visited today was small. All Cody spaces built mostly in the ground floor of original buildings that helped shape Brooklyn.

Anyway 61 Local offered us some snacks, flavored nuts and a spicy pickle together with some iced jasmine carbonated tea. Interesting. Refreshing.

A short walk and venue three offered up some delicious dark bread. Bien Cuit was a bakery that baked bread that little longer. Translated the name means a well done. We tried a couple of varieties of bread, including a sour dough.

The crust was thick and crunchy and the inside fluffy and warm.

So far so good, little walking and lots of eating. Yum.

We then walked a bit and Josh spoke about the area and the local food industry.

We arrived at our next tasting, One Girl Cookies. A speciality store offering the tiniest but yummiest cookies ever. The owners, Dawn and Dave, who first met as owner and job applicant, have been running the store for about 12 years. Hand made bite sized deliciousness.

Our next port of call was Shesky’s, a Jewish delicatessen. Offering both Kosher and non Kosher fare, we sample a bagel. My first. With salmon, smoked and cream cheese. Wow. Yum. Having never had a bagel, mostly because I’ve been told they are not very nice unless you find a really good one. Well we found a good one. Mardi Aldo grabs an orange juice as we move to our next venue.

We then moved into an area dominated by middle eastern food. Spice stores abound as we enter Damascus Bread and Pastry and enjoy a spinach pie. Warm, gooey and yummy. We wander the store looking st the hundreds of spices on offer. You name it, they had it.

We then walk for a bit taking in some brownstones and local history. Josh takes a group photo as we discuss real estate prices and the progressive gentrification of Brooklyn.

We then wander Court Street, Josh pops in and grabs some Biscotti for our next tasting, which is across the road at D’Amicos. A beautiful coffee shop offering dozens of different brews. Josh talks about the three generations of family that gave built the business and the ongoing support by locals of the local food industry.

We enjoy our biscotti with a hot chocolate.

Throughout the day we’ve been chatting to a couple from D.C. Politics, the economy, food, where we’ve lived. All very interesting.

Josh calls us to move on as we have one more stop and after another short walk we arrive at the Farmscy. A cool homage to the original store, which was an old school pharmacy, which is now a modern, but made to look old school milk bar and soda store. Think Happy Days vintage. The decor and cabinetry are from the original pharmacy days, with bottles of potions and lotions adorning the shelves. We are served an egg cream drink. An interesting combination of soda, milk, cream, syrup. Mardi has vanilla and I have chocolate. Nice, more interesting that flat out yum. Some of the desserts on offer are weird, but sound curiously delicious. Check out the photo of the menu.

We finish our egg cream and chat to Josh for a while before heading to the subway for the journey home.

The subway is packed. Announcements are telling us about a police investigation at 4th Street and to expect delays. We are both standing as the train makes the journey across the east river. A family is in front of us with kids sitting down. So much for standing for your elders!

Mardi gets a seat as we get to 4th street. More announcements, but luckily we aren’t delayed. But downtown trains have been cancelled. What happened? Sadly a person fell under a train while moving between cars. Something we don’t do. Too scary. See more here : http://www.amny.com/transit/f-train-fatality-near-west-fourth-street-results-in-service-disruptions-on-several-lines-1.12702894

We make it past 4th Street and continue our journey home.

We get home after dark and walk the block and a half, the streets are alive with people and the journey takes a little longer then usual.

I pop out again after we get home to visit the winter village. Mardi is a little tired from the day and settles in for the night.

The winter village is packed. Traffic on 6th between 42nd and 39th is st a stand still as the crowds swell to see the winter village. I wander around for a little while snd then decide to head home. It’s too hard to see or do anything, and I keep tripping over stuff.

We order some Tony’s Italian for dinner, we aren’t that hungry, so left over pasta will be yum for tomorrow night. 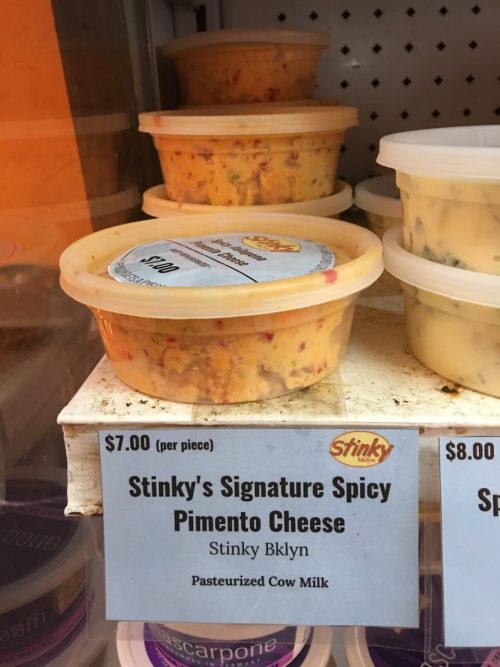 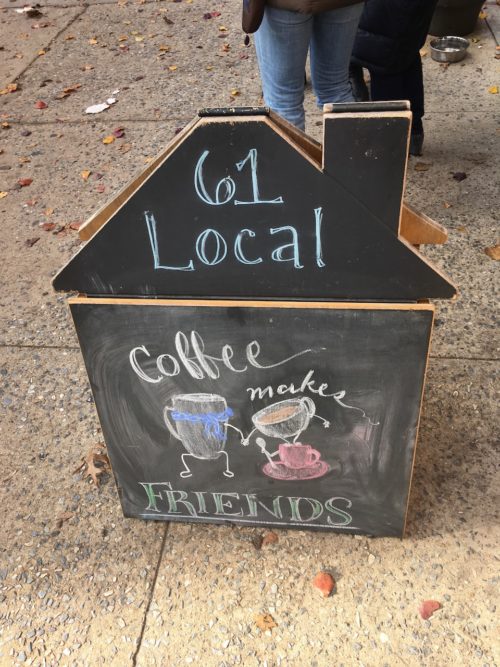 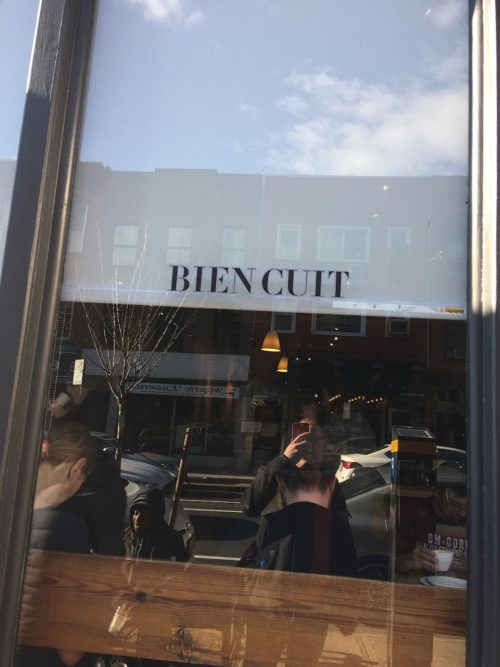 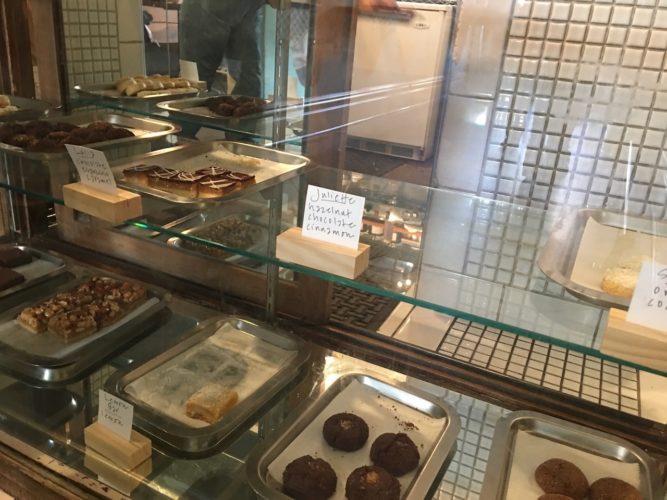 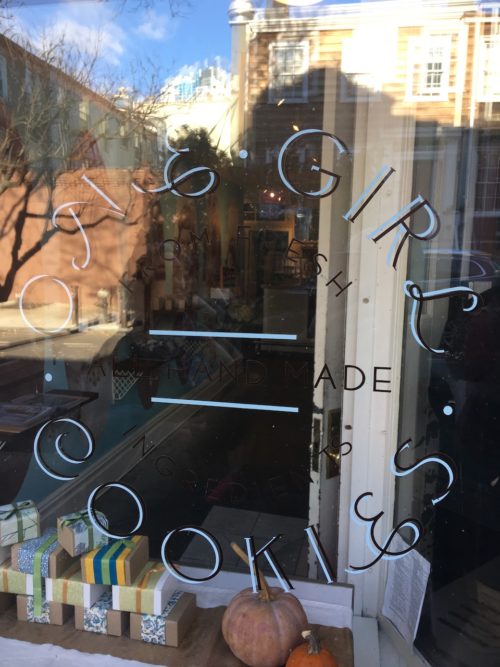 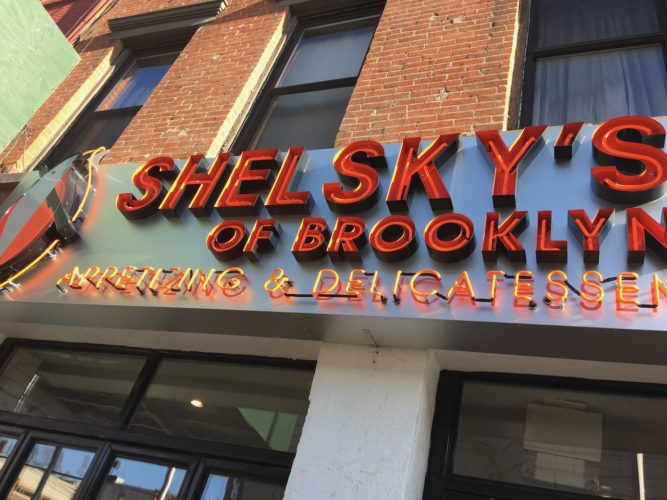 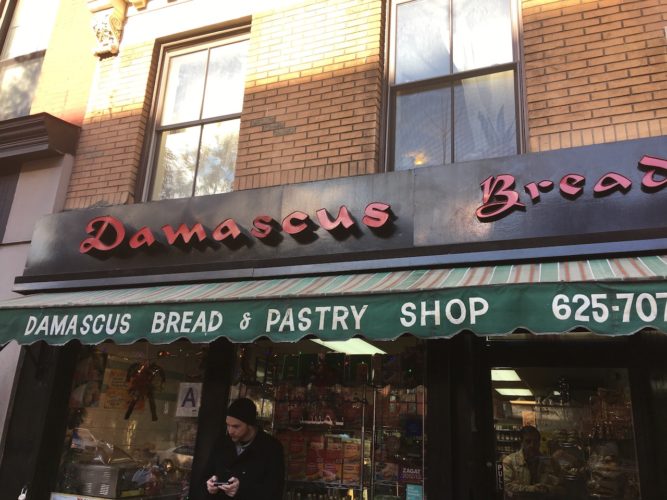 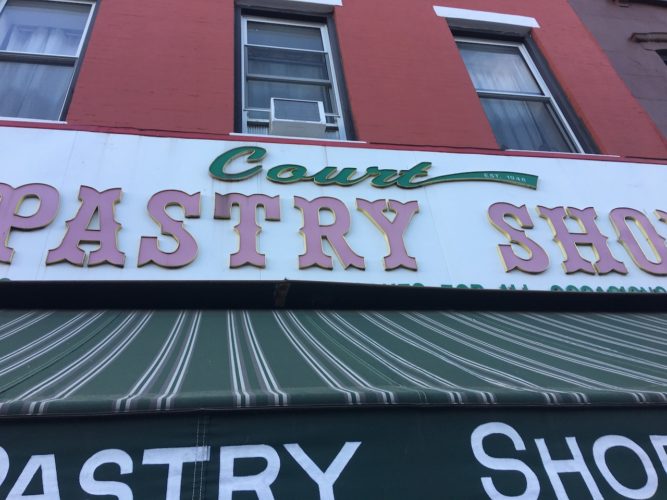 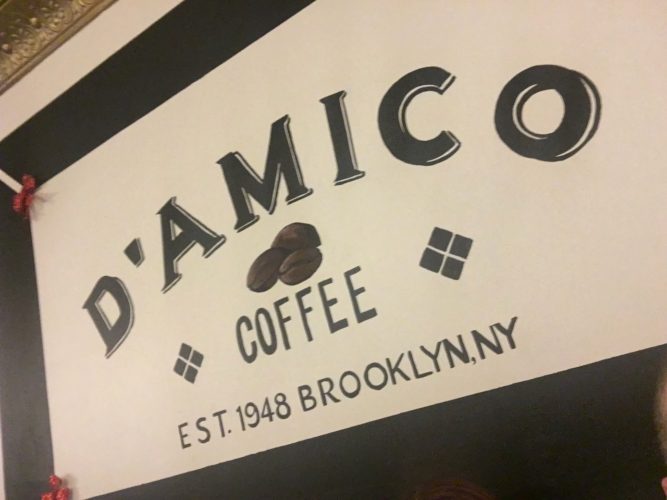 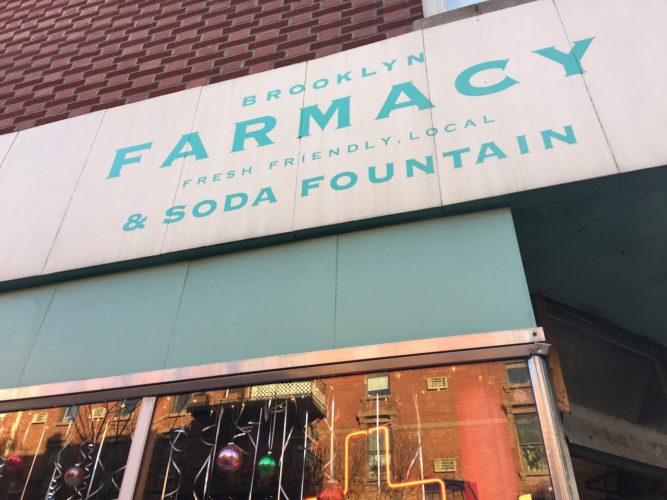 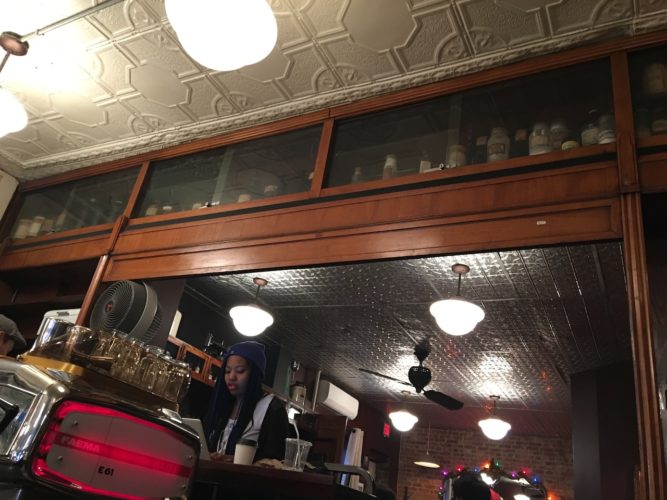 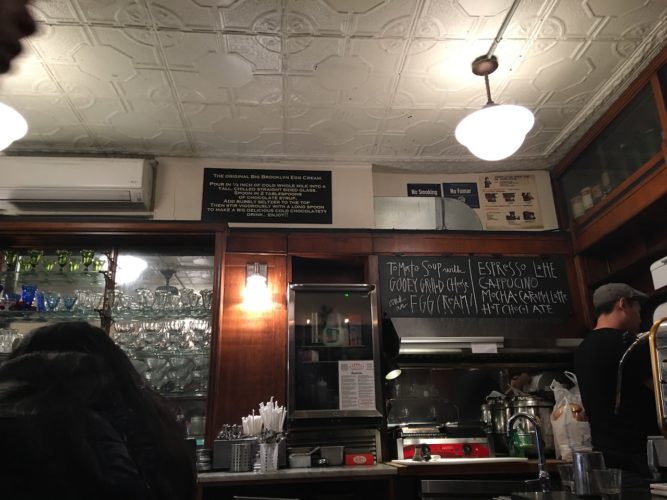 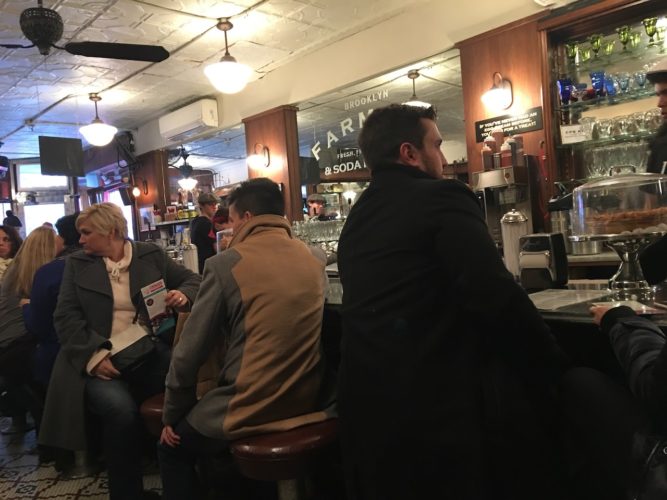 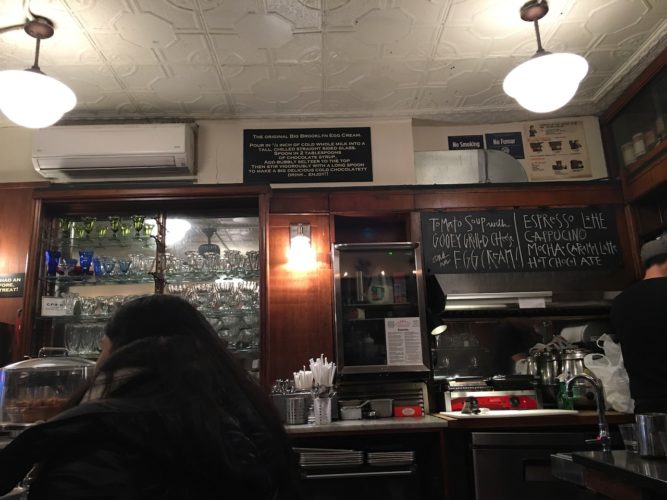 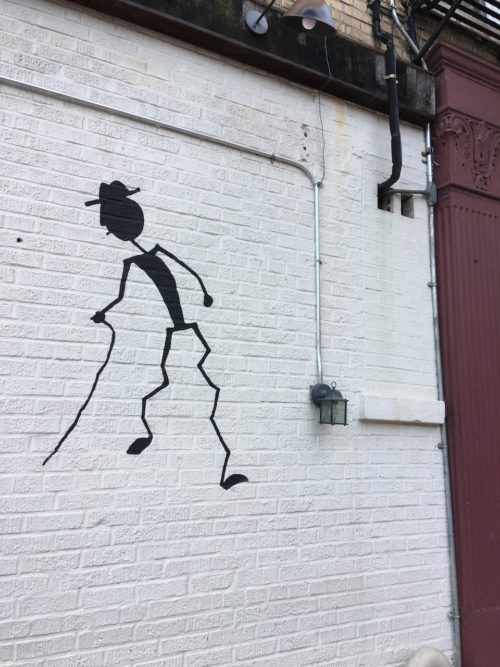 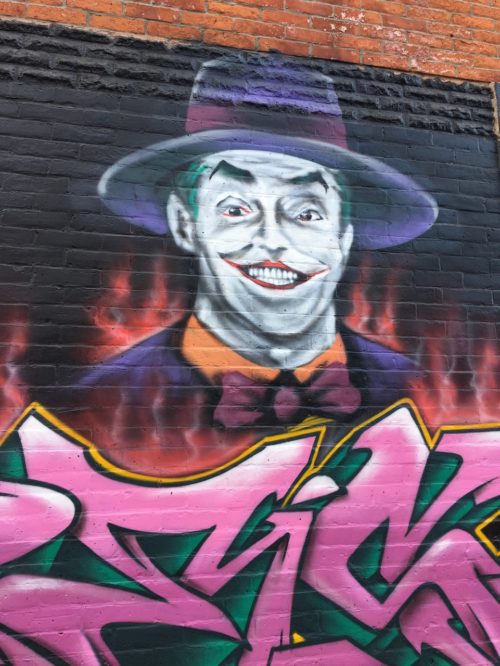 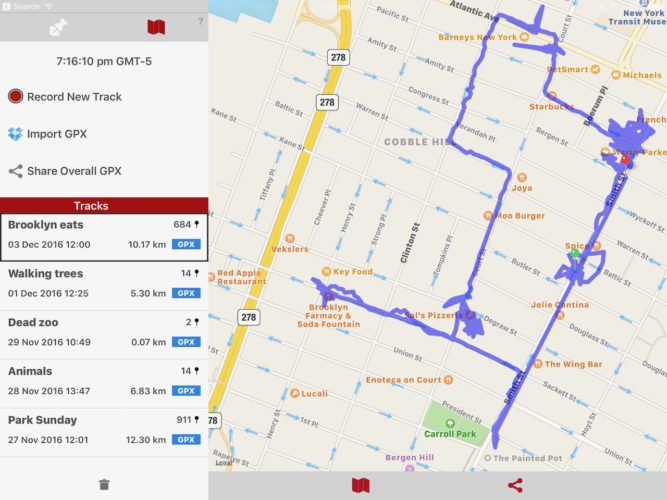 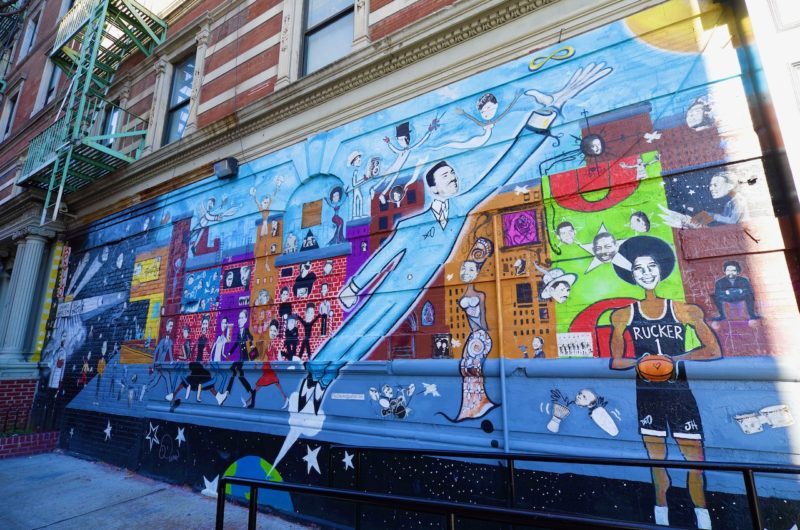 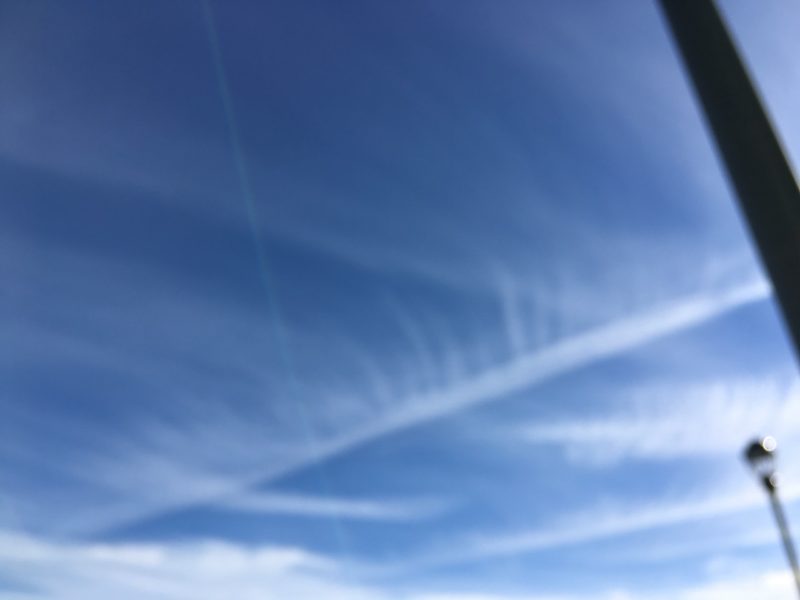 Day 02: A common spot of shopping 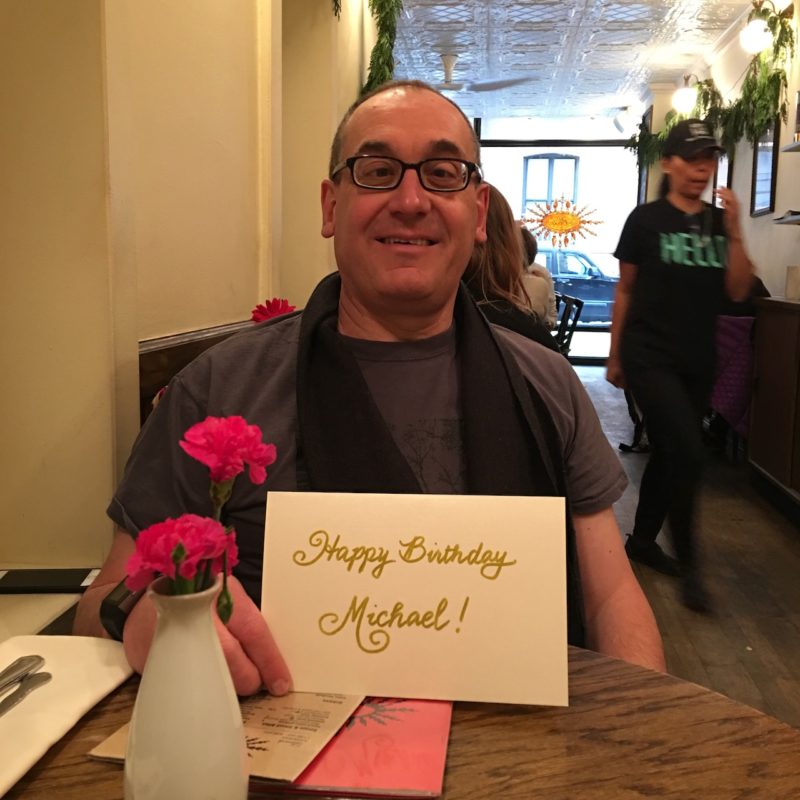 Day 30: A birthday, tea and symphony 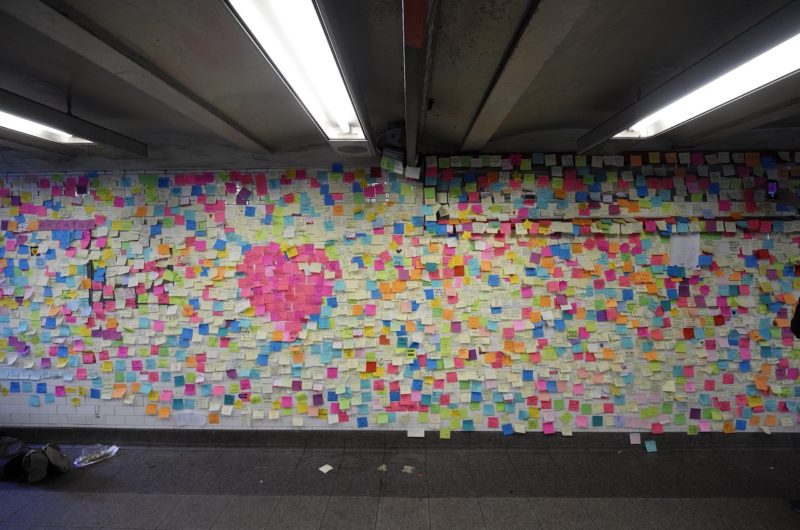