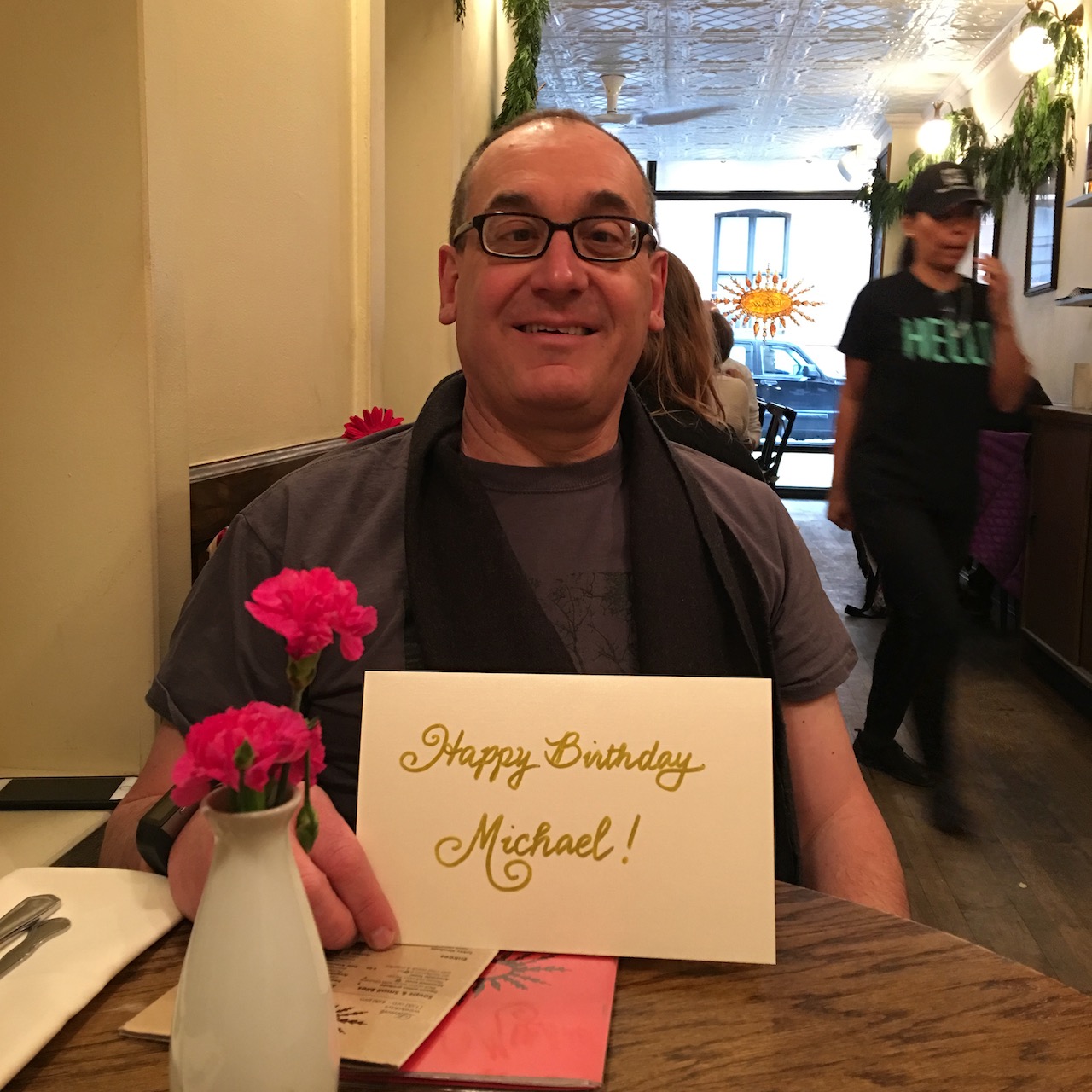 Our last full day in the Big Apple was also my birthday. Sadly Mardi chest infection and cough is still lingering so we had a reasonably quiet day.

Despite her heavy head, she’d arranged a couple of thoughtful gifts, including some delicious peanut butter chocolate.

We popped out to Times Square for dome final gifts for friends and then headed to the subway.

We then headed downtown to Greenwich village.

Mardi had arranged our favourite table at Bosie and the team st Bosie did such a wonderful job, hand making a card for me and making a cake with candle from a macaroon. Well done team Bosie. Thank you.

Simply our favourite place in NYC. We’ve been visiting Bosie since 2013 when we discovered this neighbourhood gem.

After a couple of hours sipping tea, listening to the smooth jazz playing in the background and enjoying sandwiches, biscuits and scones we reluctantly dragged ourself away. The atmosphere just defines our holiday. An oasis in this mad place where you let time wash over you as you sit and just be. Relaxing. Contented.

After we leave, we make a couple of quick stops on the way home, some razors from Harry’s, some lipstick from Sephora.

The shops are busy and the streets full of people as we wander the tiny crazy streets of the village. Old cobblestones roads, tiny stores, houses, apartments, all built shoulder to shoulder reminiscent of an age lived long ago.

We then catch the subway up to 47th to go to Sephora and Mardi grabs her lipstick.

We walk home. The change in neighbourhoods is stark. Here the wide sidewalks carry the thousands of people in and out of the massive skyscrapers along 5th, 6th and 7th avenues. We pass Saks, the rock, the tree one last time. The diamond district, Times Square,

We arrive home, leaving the evening throng for the penultimate time.

We then take a break before heading out to the Lincoln Centre for some classical music.

We depart for the Lincoln centre, a quick three stop subway ride

The subway feeds directly into the centre and the hall where our concert is. We go through the obligatory security check, this time a full body wand. We then make our way to our seats. Front row.

Neither of us has been to a symphony orchestra before, let along one as esteemed as the New York philharmonic. Sorry, no photos allowed.

As we sit a few musicians are on stage tuning, warming up, rehearsing. The dull sound of varying instruments is quite bizarre. There is no tune or actual music being played but eat person is playing something as they prepare. Over the next few minutes more and more arrive and take their seats and commence playing with their instrument. The sound reaches cacophonous levels before the lights dim and the individual players fall silent.

The conductor arrives, you can hear a pin drop. Then as if by magic the 100 or so individuals on stage change from an eclectic mix of soloists to a unified group playing as if in a trance fixated on the conductor. Crystal clear, fluid, masters at work. The elbows and arms of the violinists marching in perfect timing, the rise and fall of the brass, the depth of the cello, and the pure joy of the oboe, clarinet and flute. The diversity of the grand piano and the pianists skill, dexterity and power. At times you thought he had four hands!

Being in the front row gave us a close look, especially when I used my monocular. 15 times power helped a lot!

Each face intense with concentration, some moved with exaggeration to the music, other sit very still as they allow the music to flow. I spot a young flutist. She looks terrified. Then she raises the flute and her expression changes, first intense concentration, then as she gets into the flow joy and serenity. She finishes her section, a smile on her face as she lowers the flute.

The two hours seems to fly by in minutes. The music carries us on a journey, a bit like NYC. Quiet and serene in parts (Bosie, Central Park): repetitive and ordered (like the grid street pattern of Manhattan): manic and urgent (Shopping at SoHo, 5th Avenue, the subway, the rock): and finally crescendo of noise and energy (Times Square).

What a way to end our trip. We leave the centre and catch the subway home. On the station perhaps the next generation orchestra members are busking. Our train arrives and we make the seven minute journey home, walking through a hectic Times Square for the last time.

Time now to pack and prepare for the journey home. 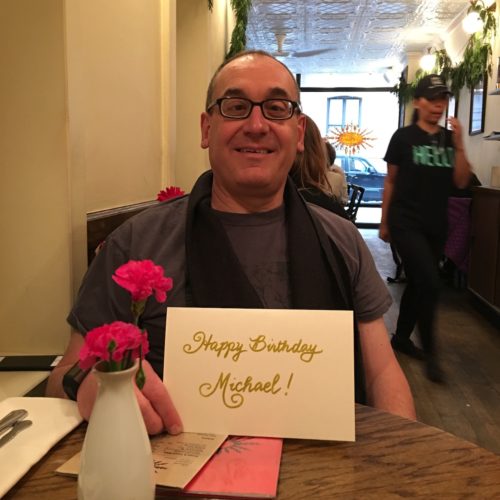 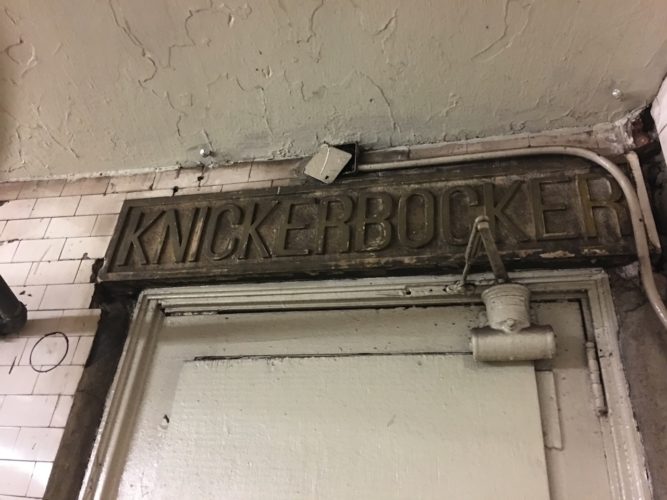 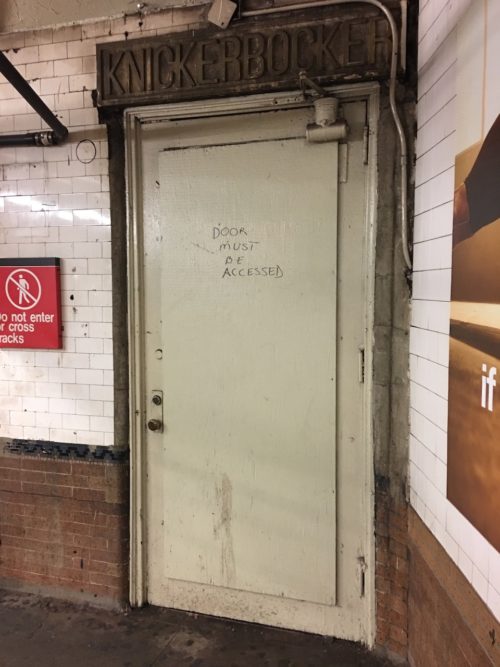 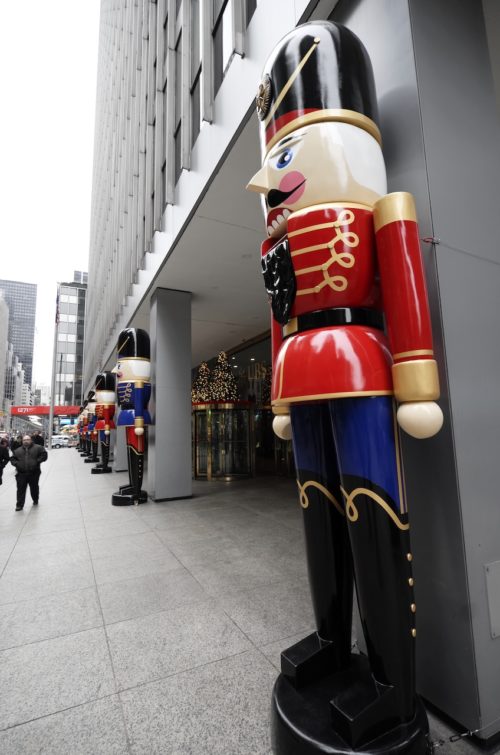 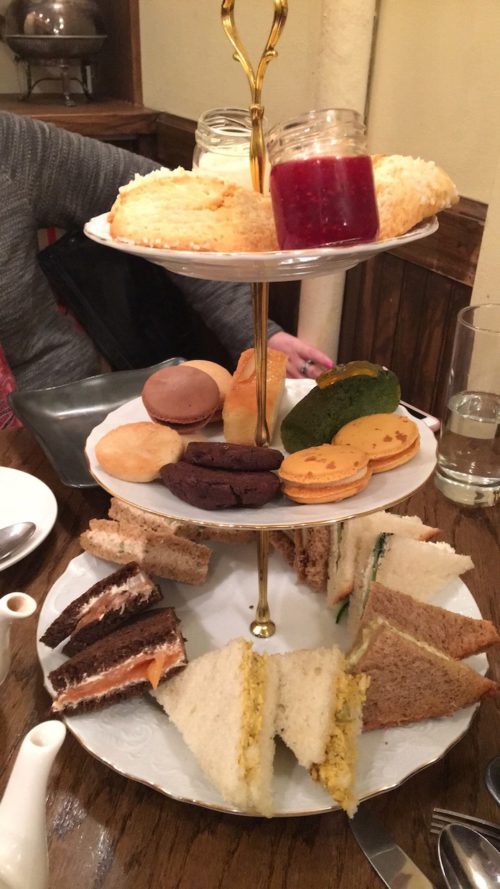 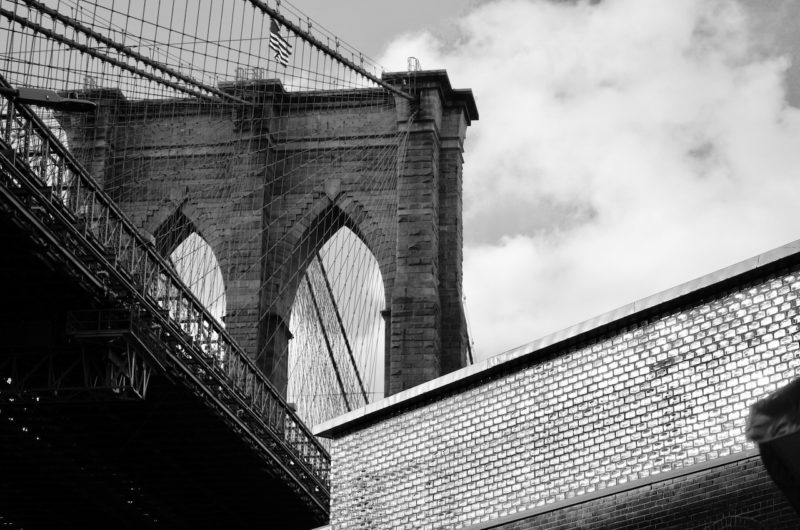 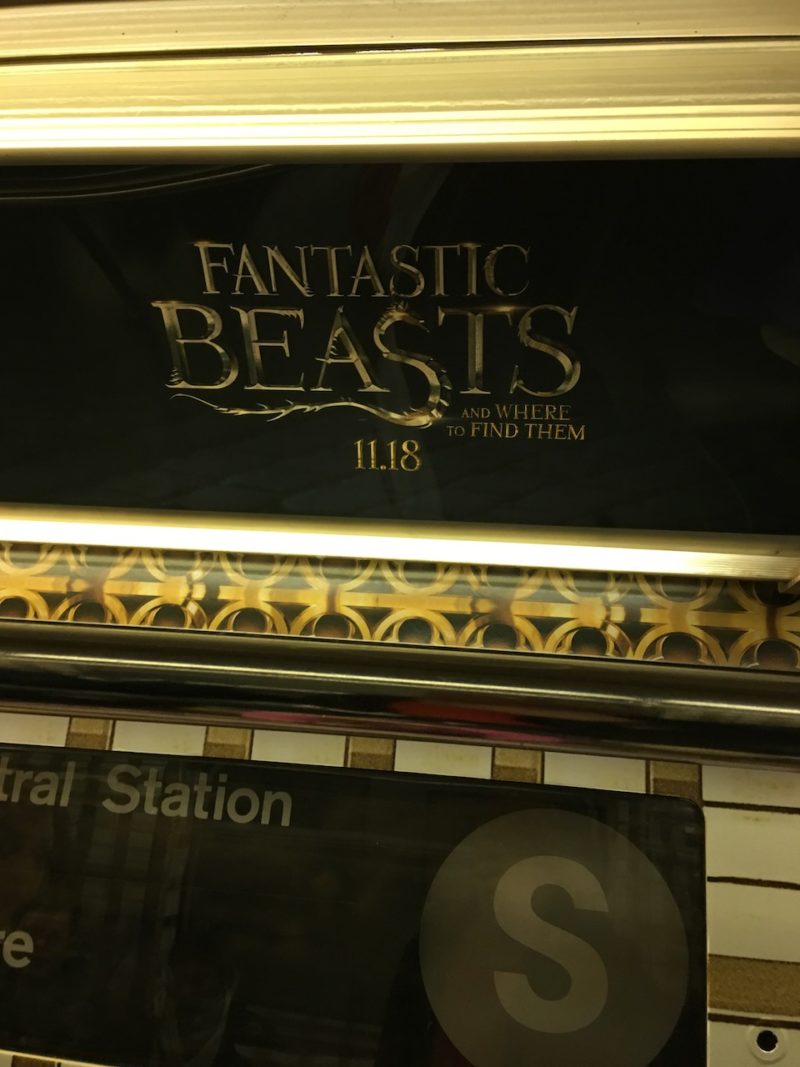 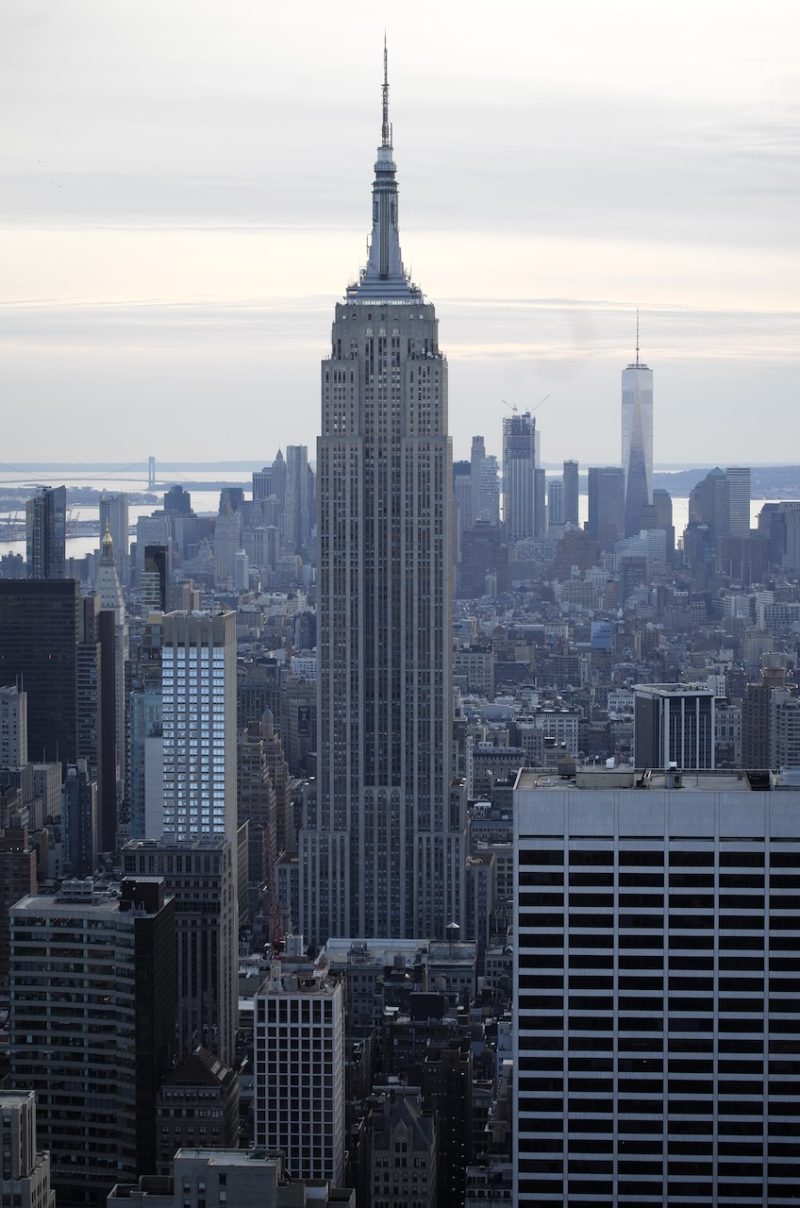 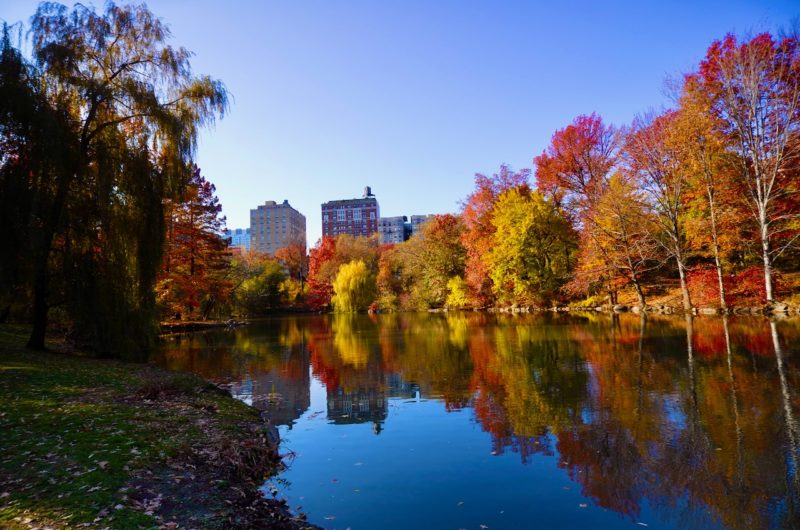